Please tell us about yourself and why you are running for the U.S. Senate, Ibra Taher.

[00:00:04] Ibra Taher: I think my motivation come from the way I was nurtured, actually. I was nurtured, I learned to be caring about my society. This care, this motivation, can translate in providing help and standing with each other against the oppression. This kind of motivation—I can’t stand silent if something wrong is going on.

[00:00:31] So this is the way I was nurtured, I was taught to be that way, which is, I think, what empowers me now when I see all of these things—our wars, our totalitarianism—and all of these things, that I think we cannot just remain silent. It is our responsibility. We have a lot of things that needs to be fixed in the country.

[00:00:57] Ibra Taher: If people remember from the last campaign, I was focusing on three main issues.

[00:01:03] The first one was foreign policy and wars. We are committing a lot of atrocities under different pretexts, and these things cannot be described other than atrocities, and this is not something that we can remain silent on. The release of the Afghan Papers, in which generals and people in charge and command there talked about the lack of a strategy, a plan, a target. Politicians only wanted to perpetuate it for political reasons. This is an atrocity that needs to be addressed.

[00:01:43] The second one was localizing the economy. Something that is missing from the public perception of the economy is that it empowers the people, even politically, and this realization now is coming into a different area now, with a lot of what’s going on. People now realize how much power that they lack because of the centralization.

[00:02:06] Usually we talk about the monopolies and now we also talk about how that big centralized economy is not working, it’s broken. We’ve seen it with the supply chain, for example. People need to think when we talk about localizing the economy, what does it mean if Walmart, for example, or Fred Meyer, they decided to shut down for any reason, how are we going to feed ourselves? This is a huge problem that we need to address.

[00:02:39] A lot of our social behavior is shaped by our centralized economy. You know, money moves people. Money can change people in a way that they behave differently, even in terms of relationships. The society, the societal structure is changing now by this centralization of the economy. One of the things that usually get neglected is the relationship between the centralized economy, the type of economy that we have, and homelessness, which according to what I found in research and analysis is a product of that centralized economy.

[00:03:24] And the third one (that I was talking about relentlessly before) was the corruption in politics. Usually we talk about the money in politics, the PACs’ influence and the SuperPACs’ influence, all of these times when we talk about the amount of money that goes in and how bills are being passed in the Congress, we see a very positive relation. They call it in mathematics, a ‘perfect positive relation.’ The revolving door between big corporations and the government, which is still happening right now, and nothing has changed.

[00:04:12] Ibra Taher: The second week of the lockdowns, I called it “COVID-19: A pretext for authoritarianism.” I went through several studies. I explained why what the government is telling us is not accurate, according to the evidence that was presented at that time.

[00:04:29] I don’t want to euphemize the attitudes that we used to see from the government, which is a government that seeks more control, more authoritarianism for years and years—for decades, actually. The Patriot Act, how it developed into the 2012 NDAA (National Defense Authorization Act), which actually normalized propaganda and in 2013 funded the propaganda.

[00:05:12] So all of these things started with the 9/11, the Patriot Act continued to increase, the privacy, the spying on the people. This is what they do. The TRACE Act, for example, it didn’t pass the committee in the Congress and the House of Representatives, but it was embedded in the CARES Act. For example, the CARES Act has, I believe, over 1,000 pages, the bill. So it was embedded there and they funded it.

[00:06:06] 9/11, by the way: Now it’s been 20 years since 9/11, but the emergency declaration continued for 20 years. Every year they renew it, and this is what we expect to see with COVID, it’s going to be renewed and renewed and renewed as long as it’s serving these people.

[00:06:29] And also what we saw with the COVID is the biggest transfer of wealth from the people to the establishment, the ruling class, most notably in the first stimulus and the second stimulus. So people were expecting to have stimulus, but when you look at the bills, most of the money goes to those corporations. It’s just like a giveaway. Just in the CARES Act, $4.5 trillion went to these big corporations, a giveaway. All of that money is going to the top. Nothing for the people.

[00:07:04] I remember YouTube (which is owned by Google, so Google too) and Facebook, so Big Tech at the beginning of everything, they said that, ‘Our policy now is to remove all of these discussions that goes against the government response or narrative.’ What does that mean? It’s shutting the debate, which means that the government now can tell you whatever they want, but nobody is allowed to challenge it. This is very dangerous. This is very totalitarian. This is very authoritarian and it should not be accepted.

[00:07:42] We can differ on a lot of things, or understand that we might make mistakes, but shutting down debate and discussion, can only allow for one thing: More control and authoritarianism. So these things are the focus of my campaign.

[00:08:00] John Q: He said centralized control and technology are being used to perpetuate slavery. Ibra Taher.

[00:08:06] Ibra Taher: An opportunity that presented itself to a lot of the technocrats, who would like to shape societies according to their view, and that philosophy is actually damaging. I usually refer to it as ‘a modern slavery,’ because when we look at the idea of the central banks, digital currency, which I believe the vaccine passport is just a gateway to that idea, monetized everything, monetizing everything. So your activities really are limited, with regards to the current lifestyle that we have. But can you think about digitalizing everything in your life? How much profit can come out of it? How much control can come out of it?

[00:08:52] When we talk about liberty, freedom, these are like really good values, but what do they mean now? This is the important question.

[00:09:02] And I also ask people to give me your perspective. I don’t know everything, so I make mistakes. So if you see something that you don’t like, just tell me. I will appreciate it. 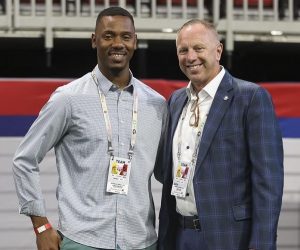 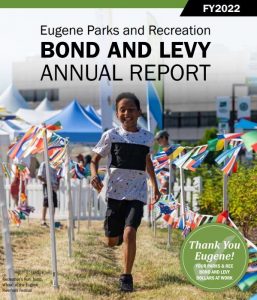 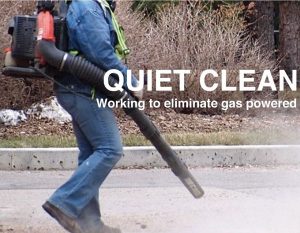