[00:00:10] Richard Locke: Good evening. My name is Richard Locke. I’m a business owner in Ward 8 and the president of the Eugene Business Alliance…

I toured the Amazon bike path from Bertlesen to Oak Patch the other day, walked it with Sue Libby, who is the bike path crime fighter, right? She is a very spirited woman. And we’re going to actually tour it again with some county commissioners on, this week again from Oak Patch, east.

[00:00:37] Probably you’re going to find the same thing that we found from Bertlesen, east. I don’t want to use the word because the mayor said don’t use the foul language, so I’m going to use: It’s a poophole, the Amazon bike trail, there’s nothing but— the people that do walk their dogs on leash, they pick up their poop.

[00:00:56] But I got tired of taking pictures of the human feces on the ground. There was—it was everywhere. I mean, everywhere, and every possible material to clean themselves afterwards with it, everywhere. The garbage everywhere in abundance is worse than I imagined. There is probably a gazillion plastic cups in that space. Everywhere.

[00:01:22] Under the West 11th bridge, there was needles all over everywhere. They’ve been having open campfires and parties underneath there like nobody’s business. The Amazon Creek looks like a Third World sewer. There is more stuff in there, clothes, tennis shoes, you name it, it’s in there and it’s thick. The shores are just lined with it, up and over the— 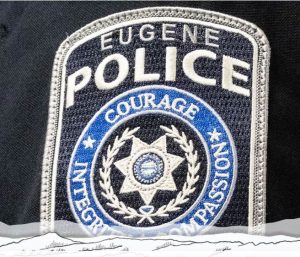 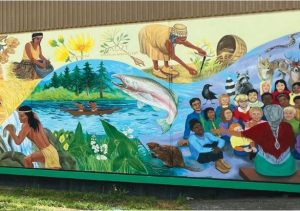