from the Yurok Tribe blog

With this order in place, the Klamath River Renewal Corporation, the non-profit entity created to oversee Klamath River dam removal and related restoration activities, and the States of Oregon and California can accept transfer of the Lower Klamath Project License from energy company PacifiCorp and start the dam removal process early next year.

“The Klamath salmon are coming home,” proclaimed Yurok Chairman Joseph James. “The people have earned this victory and with it, we carry on our sacred duty to the fish that have sustained our people since the beginning of time.”

The Nov. 17 action by FERC is the last step in a six-year FERC regulatory oversight process that ensures dam removal is the most beneficial course of action to restore the Klamath River’s flagging salmon runs and improve poor water quality.

“Today’s victory was well earned by the thousands of people who fought for clean water, healthy fisheries, and environmental justice for Klamath River communities,” said Karuk Chairman Russell ‘Buster’ Attebery. “I am grateful to everyone, from the youth to the elders, Governors Newsom and Brown, and the team from PacifiCorp who made this victory possible.”

“Congratulations to all those who poured their blood, sweat and tears into making this happen. Water and fish health are at the heart of our identity as Native People and we are looking forward to seeing a healthier watershed and fishery which will result in healthier communities for all Klamath Basin tribes,” said Hoopa Valley Tribe Chairman Joe Davis. “Now we must keep the momentum going and we are looking forward to working with all of our neighbors and partners in that effort.”

Commercial salmon fishing families along the West Coast are also celebrating. “Restoring the Klamath gives our struggling salmon fishing industry a chance to survive,” said Vivian Hilliwell, a former commercial salmon harvester and now the Watershed Conservation Director for the Pacific Coast Federation of Fishermen’s Associations (PCFFA). “The possibility of revitalized Klamath fish runs gives us hope that we can continue our tradition of bringing healthy wild salmon to dinner tables across America.”

Dam removal activities are expected to begin in 2023 and be completed in 2024. Personnel and equipment will be deployed in early 2023 to commence pre-removal construction, including road and bridge improvements. Copco 2 dam will be removed first, and deconstruction of the remaining three dams will occur essentially at the same time in early 2024. All four dams will be removed by the end of 2024.

Upstream of the dams, the Klamath Tribes of Oregon are anxious to see salmon return. “Our people have been without c’iyaals (salmon) for over a century. We welcome the fish home to the Upper Klamath Basin with open arms,” said Klamath Tribes Chairman Clayton Dumont.

In issuing the Final License Surrender Order, FERC Commission Chairman Richard Glick stated, “Dam removal makes sense in large part due to fish and wildlife protections. But there is a discussion in the order on the impact on Tribes and the ability to have their traditions and cultural practices improved… I think it’s a very important issue. A number of years back the commission did not think about the impact of our decisions on Tribes. That’s an important element in today’s order…”

The decision comes almost exactly 20 years after a catastrophic fish kill left over 70,000 adult salmon dead along the banks of the Klamath River before they could spawn. That disaster galvanized the collective will of Klamath River Tribes, community members, fishermen, conservationists, and others who launched a two-decades-long effort to un-dam the Klamath and Bring the Salmon Home.

“After the 2002 Fish Kill we committed ourselves to defending our river and our cultures no matter what it would take,” said Molli Myers, co-founder of the Klamath Justice Coalition and member of the Karuk Tribe. “That kind of extraordinary commitment by ordinary Indians is what led to this victory.”

Today’s Klamath River salmon returns are less than 5% of their historical abundance with some runs of salmon completely extirpated from the system. Dams deny salmon access to hundreds of miles of historical habitat, degrade water quality, and foster the spread of fish diseases. Scientific studies and dam removal efforts in other watersheds demonstrate that dam removal can reverse these trends.

“This is a historic day for the Tribes of the Klamath River and for Indigenous People all over the world. When we act together with a unified voice no power in this universe can stop us,” said Ridges to Riffles Indigenous Conservation Group Principal and Yurok Tribal member Amy Cordalis. 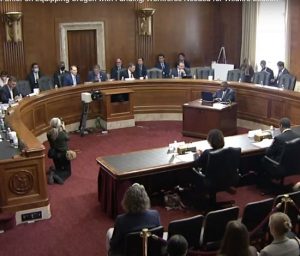 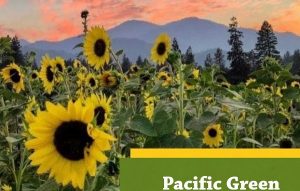 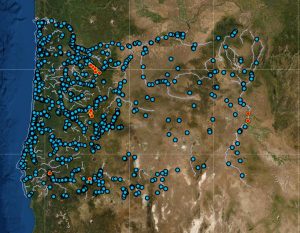