[00:00:09] Alan Zundel: The more it becomes known how these systems work, the more people see the need for it, the more excited they get about it. So, yeah, it’s good for us in giving us more exposure, more excitement around it. It’s more closer to what the voters want and gives greater opportunity for candidates that wouldn’t otherwise have run.

[00:00:34] Alan Zundel: I always start off saying that instead of being limited to picking the only one candidate, you have the option of giving scores from zero to five, to as many candidates, as you have an opinion on.

[00:00:46] You can get a little more nuanced on a ballot in which you can give a score from zero to five, just like you give a five-star review to your favorite hotel or something. That allows you not only to get the same score to two people, but to show some distance. Like, my second choice, maybe I like ’em nearly as much as my first choice, or I barely like ’em better than my absolute last choice. So it’s more expressive that way.

[00:01:10] Now that’s important because when there’s more than two candidates running—and we have a governor’s race coming up in Oregon in which that’s exactly the case, you have three viable candidates running—then you could say, the one I prefer to win I give the top score of a five. The one I don’t want to win I give a zero. And I still can show that I prefer the other candidates, the third candidate, not as much as my first choice, but a little better than my third choice.

[00:01:38] So it gives you the option of saying, giving more of a complete expression of your views of the candidates without the strategic dilemmas. If I vote for the front runner, does that mean that I don’t get to vote for someone I like who has less of a chance? Or should I vote for the lesser evil and all this?

[00:01:57] So the key thing to know is that this is a way of expressing yourself that also produces a winner that’s closer to what the voters actually want.

[00:02:05] John Q: Alan was introduced to ranked choice voting by one of his graduate students.

[00:02:10] Alan Zundel: I used to be a political scientist, a political science professor in Nevada, and near the end of when I left academia, I came across the idea of ranked choice voting in a graduate student’s paper.

[00:02:22] The reason I heard about ranked choice voting and it was becoming better known, was because the 2000 presidential election with Ralph Nader being accused of being a so-called spoiler and people were seeing that well, ranked choice voting is promoted as fixing the spoiler problem.

[00:02:45] Alan Zundel: ‘The Early History of the Green Party and Their Neglect of a Strategic Dilemma.’ The party early on was having debate over whether they should become a party seeking a ballot line, or simply be more local activists who also ran candidates in local races, where you don’t have to have a party line to get on the ballot.

[00:03:07] When they moved towards getting on the ballot, they were ignoring the fact that every third party confronts: This so-called spoiler dilemma. And they are—it’s hard to escape the ghetto of third parties because people are unwilling to even consider you when they are confronted with a two-party system, where those seem like the only viable options, because they feel like they’re wasting their vote otherwise. So that was their strategic dilemma: what to do about the voting system that’s in place. And it took them a while to come around to the idea that we need to change the voting system to something different.

[00:03:53] We were successful in getting it in Benton County for the county commission.

[00:03:58] There were a handful of us who got it started and really a few of us who maintained our kind of a leadership position in that I kept commuting from Eugene out to Benton County there at least once a week and sometimes twice. But the principal behind this was Dan Rayfield, who’s now the Speaker of the Oregon House, because he had Democratic (Party) connections and that’s a Democratic county, largely. He was able to get a lot of support.

[00:04:35] Alan Zundel: I think I started looking into STAR voting because I was made aware of it and did as thorough a job as I could of comparing the systems and decided that in some respects STAR voting was better.

[00:04:46] To my mind, if you got something better, you should do that. This ranked choice is over 100 years old. It was put in the Oregon constitution as an option about 100 years ago and we’re finally getting around to trying it. We’ve had a lot of experience with it. We know when it seems to work well, and when it seems to have some kinks in it. So we tried to fix those.

[00:05:25] It also has a runoff similar to ranked choice voting, but always only two steps. The first step is simple: After everybody’s given their scores, which two candidates got the highest overall scores. Okay, then you look at each ballot and ask, Which of those two finalists did that voter prefer, based on the scores they gave? One person, one vote. Your vote goes to whichever one you preferred. That way, even if neither candidate who makes it to that step was one of the ones you would’ve picked, you still get to say which one you prefer to win.

[00:06:00] I’m an advocate of elections that are open to competition. I don’t think we should have electoral districts where you know ahead of time that only one candidate from a particular party’s going to win. That doesn’t seem very democratic. It seems like there should be true competition, especially when a lot of candidates are more responsive to big money donors than to the voters.

[00:06:25] You’ve got to give voters the chance to say, ‘Okay, fine. You’re the leading candidate, but we don’t feel like you’re listening to us. So we’re going to migrate over here.’ You’ve got to have it here to go to, right. So you have to have more competition in the system to give the voters a real choice.

[00:06:44] Alan Zundel: You can do it all online. It’s STAR.vote, allows you to run a experimental STAR voting election. you can actually put in your own choices that you want people to choose between. The way they’re counted is a little more complicated than just who got the highest score. And then you can have people vote and run the election and it’s automatically done online.

[00:07:06] We had fun with this. We did a demonstration in San Diego that I was present for, where it was at the time of the 2020 presidential primaries, and the Democrats, if you remember, they had a lot of candidates running early on.

[00:07:23] So this gave people the opportunity to say, you know, ‘There’s so many candidates to pick from. I have opinions about more than one. Like, I might like Elizabeth Warren, but I also like Bernie or, Andrew Yang he’s got some interesting ideas. Maybe I don’t necessarily want him to be the nominee, but I think his ideas deserve some kind of support.’ It gave them that option as saying something more nuanced and people really loved it because it not only gave him that choice, but the results satisfied everybody. Everybody was willing to say, ‘Yeah, that was fair. And it seemed to be reflective of the type of voters we are.’ 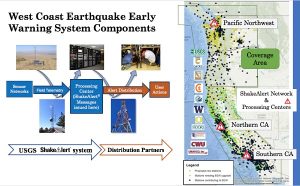