For several years, the World Health Organization has warned that practically all the air we breathe is polluted, and that it’s killing around seven million people every year: about 90% of those deaths take place in low-income and middle-income countries.

In 2019, the UN General Assembly adopted a resolution designating 7 September as the “International Day of Clean Air for blue skies,” and stressed the urgent need to raise public awareness at all levels, and to promote and facilitate actions to improve air quality.

Five years on, WHO scientists have concluded that the impact of air pollution kicks in at a much lower level than previously thought; is the international community taking the issue seriously? And, crucially, what can be done to tackle it?

To discuss the deadly issue, UN News spoke to two experts from the Climate and Clean Air Coalition, a grouping that is hosted by the UN Environment Programme (UNEP): Martina Otto, head of the Secretariat, and Nathan Borgford-Parnell, Coordinator of Science Affairs.

Martina Otto: Air pollution has often been seen as a very local, national problem. There have been efforts by a lot of countries to bring down emissions, but definitely not at the level that is needed.

And since pollutants are travelling in the air, and often for long distances, we can’t solve this by isolated measures. It’s the air we share, and that means we also have to share the solutions.

Nathan Borgford-Parnell: Air quality has not improved dramatically over the last decade, and the World Health Organization (WHO), using a very rigorous multi-year process, put out new ambient air quality guidelines last year, which cut the level at which fine particulate matter affects health by half (from 10 microns to five microns).

UN News: Low- and middle-income countries are identified as being by far the worst affected regions of the world. Why is that?

Nathan Borgford-Parnell: The populations there have particular vulnerabilities, linked to the technologies they use for cooking, for heating their homes, for transportation, and the kind of energy that is often used.

Also, there are factors related to the age of populations, and the very young and the very old are particularly vulnerable, often without means and access to healthcare. UN News How would you evaluate the amount of cooperation that’s taking place now compared to previous years?

Martina Otto: We’ve just completed our third assessment of Africa, which brought the issue to the table of governments. We’ve used those regional assessments to discuss the issues, and there is appetite to start looking into that and we’ll see where it takes us. But we are hopeful to see much more regional cooperation.

It’s no longer a blame game. It’s about looking together at the solutions, which lie in cooperation. It’s a sustainable development issue: the very thing that keeps all of us alive breathing makes us sick as well.

UN News: The right to a clean environment was adopted by the UN General Assembly in July. Why was this important?

Martina Otto: Because air pollution is an issue that affects all of us, and disproportionately affects those that are most vulnerable, as Nathan explained.

There’s also an economic and gender issue to this. For example, air pollution might be bad in a certain city, but the level of pollution depends very much on neighbourhoods as well, where certain industries are located, where the wind is blowing.

We know that pollution is actually greater in poor neighbourhoods, so there is a real issue of environmental injustice.

Nathan Borgford-Parnell: What concerns me is that we may not get enough people to recognize that there is no separation between air pollution and climate change.

Wildfires are human driven, yet some people try to act as if they’re natural occurrences. But the precipitous increase in wildfires in recent years, and the modelling that says that we’re going to continue to see them increasing all over the world in places we couldn’t have ever imagined them, shows us that climate change will directly impact the burden of disease from air pollution caused by the wildfires.

However, the great benefit of the fact that these things are linked, and we can combine the climate and the air quality issues in the public health communities, and push them towards solutions that achieve benefits for all.

That is the empowering message of the Climate and Clean air Coalition, and why people have been so excited to be with us for the last decade.

Martina Otto: There will be a number of events around the issue. I think the the message is getting home, in the sense that people can already see the impacts.

We know what we need to do. There are many solutions out there that make economic sense and can get the job done. We just have to get them to scale, and put political will behind that.

For example, end the open burning of waste which allows methane to escape, and manage waste in a proper way, which is also good sense because there are economic opportunities in that process.

The issue of transport as well, how we design our cities to reduce the need for transport, and make it easier to walk and cycle safely, reducing the need for fossil fuel options by looking at alternative fuels.

There’s a long list of solutions, but they’re very concrete and they actually improve the way we live in our cities as well. 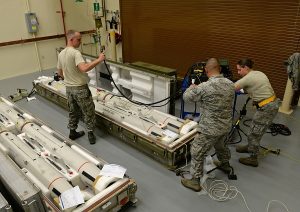 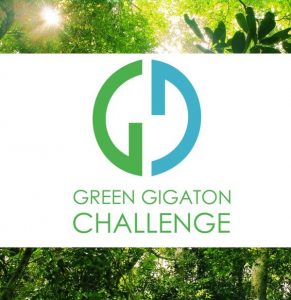 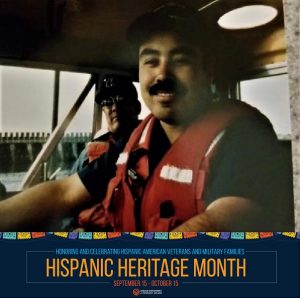