Who says one person can’t make a difference? Nathalie Paravicini might single-handedly decide the election for governor.

The former Green Party and Progressive Party candidate dropped out at 4:02 p.m. on Sept. 2, the last possible day to do so. That guaranteed no candidate would appear on the November ballot to challenge Tina Kotek from the left.

Why does that make a difference? Because Nathalie took over three percent statewide in 2020 as a Green candidate, and four to five percent in Multnomah, Lane, Washington, and Benton County. In a tight race decided by a few percentage points, Nathalie’s decision to drop out may have thrown the election to the Democrats.

Facing disciplinary action from the State Board of Naturopathic Medicine, she knew in 2021 that she would not be able to run for office this year. But she did not share that information with the Greens.

The Greens did not learn of the done deal until Sept. 4, when Nathalie shared a press release announcing Tina Kotek’s support for campaign finance reform. A media event was also part of the deal. On Oct. 10:

[00:01:03] Tina Kotek: Thank you all for being here to join us for the important topic of campaign finance reform.

[00:01:08] I’m proud to be here with advocates and groups on campaign finance reform, and I’m proud to be part of this fight because it’s a really important fight for our state.

[00:01:16] We have a very unique governor’s race this year, and I think in part we have this three-way race here in Oregon because we do not have contribution limits for our campaigns. Here’s what we know:

[00:01:29] One billionaire, just one guy, can spend close to $7 million to buy our governor’s seat, change the legislature, and flip Oregon red. Just one guy. That’s what we’re up against here in this election.

[00:01:48] Tina Kotek: I’m going to start with our two guests today that are joining us virtually. Tiffany, I’ll have you go first and then Jay.

[00:01:53] Tiffany Muller: I am Tiffany Muller, the president of End Citizens United and Let America Vote, and our mission’s really simple. We want to get big money out of politics. We want to expand and protect the freedom to vote. And we are a grassroots-powered organization made up of over four million members across the country who help elect champions of democracy reform, and then help enact good policy across the country.

[00:02:18] Jay Costa: Thanks Tiffany, my name is Jay Costa and Voter’s Right to Know is a nonpartisan organization working to advance the transparency of money being spent to influence our elections.

[00:02:36] Jason Kafoury: Hi, I’m Jason Kafoury. I’m an attorney and I’m also an organizer with Honest Elections Oregon, which is a coalition of good government groups here in Oregon.

[00:02:44] Tina Kotek: Thank you, Jason. What’s the status of democracy reform efforts here in Oregon and where are those limits in place locally and how are they working?

[00:02:53] Jason Kafoury: Thanks Tina. Yeah, with your leadership we were able to get Measure 107 to the ballot, and I think it was 76% of Oregonians said, ‘Yes, we want limits on contributions and we want transparency on who’s giving the money.’

[00:03:06] This is a bipartisan issue. Independents, Republicans, Democrats, across the board, people want an end to big money in politics, and they don’t want billionaires and big corporations dominating their politics.

[00:03:18] As we were just looking at Phil Knight’s donations here, 27% of one of your opponents, Betsy Johnson, is coming from one guy: Phil Knight, 27%. This is not what Oregonians want. They would like to have reasonable limits, and we at Honest Elections, Oregon, we’re proud to see that you as a candidate came out and said, ‘You know what? I’m willing to have individuals be limited to $1,000 for legislative races, $2,000 for statewide races.’

[00:03:44] And we think that (Christine) Drazan and (Betsy) Johnson should step up and say what are their positions on campaign finance reform? That’s something that the advocates would like to see come out of this forum.

[00:03:55] Tina Kotek: This seems like a good opportunity to have Nathalie weigh in. I know that you have been committed on this issue for many, many years, and it’s my understanding that’s why you got involved in Oregon politics in the first place.

[00:04:08] Nathalie Paravicini: This year was not a good year for me to run for office, but this was a year where we need to bring the issue of campaign finance reform to the debate. It is the main issue in our country and it’s not anywhere in the media. But it is the driving issue for the survival of the species in the world. Climate change, what’s happening with climate change is not going to change until campaign finance reform, until we don’t have money buying our politics.

[00:04:34] I’m a naturopathic doctor and I see this every day, the fact that we have underfunded behavioral health, that our hospitals are housing all of these persons with behavioral health disturbances, psychiatric cases, is because we don’t have enough funding for our behavioral health, and that is what’s driving homelessness, drug substance abuse, and many other issues. That is why I had to get involved. We have to have campaign finance reform and I really want to know what’s the position of all of the parties on this key issue.

[00:05:06] Tina Kotek: Yeah, definitely. I think it changes the prioritization, with that kind of money (yeah) that’s coming from the corporate interests. I want to go to Jay next because your organization focuses on the impacts of what we call ‘dark money’ in our political system.

[00:05:20] Jay Costa: Yeah, absolutely. So dark money is essentially a way of laundering money into our elections and our political system. It’s not an altogether brand new problem, but it really, you know, the modern chapter, it started with the Citizens United decision by the Supreme Court saying that corporations can spend unlimited amounts of money.

[00:05:40] Part of their logic in making that decision was an assumption that, people will be able to see where the money’s really coming from. Things in fact have not turned out to be transparent. In the realm of politics, what you often see is these types of groups having innocuous-sounding names: ‘Oregonians for Sunshine and Happiness,’ and you know, who is not for sunshine and happiness?

[00:06:15] And I’ll just say, at a national level, again, we’re talking about billions of dollars that are being spent in secret money, and this money is being used to do things like further voter suppression, election subversion, and just generally promote industry interests.

[00:06:31] Jason Kafoury: The problem here is that we cannot stop dark money, right, because of Citizens United and the Supreme Court decision. So our only real tool in our toolkit is to say we’re not going to let you be ‘Oregonians for Good Puppies’ when you’re actually Chevron. No, you’re going to have to say ‘Paid for by Chevron’ with the true original source funding. And that is part of a ballot measure that we’re proposing for 2024 as part of Honest Elections Oregon, is to have that transparency there before the voters.

[00:07:00] Tina Kotek: Yeah. That transparency piece I think is really important. And wow, we have, you know, the campaign finance database where people can see things, there’s things you can’t see…

[00:07:08] On my website you can see some of the very specific things that I think are needed as we move forward on campaign finance limits.

[00:07:15] I think we should limit our individual donors. $2,000 for statewide candidates and $1,000 for legislative candidates. I think we need limits and restrictions on donations between different types of political action committees because that kind of back and forth and money I think is also not transparent and can cause unintended consequences.

[00:07:34] I believe we need individual small donor political action committees with limitations proportional to the size of those PACs, because I think it’s good for individuals to figure out how to move their money together, but there should be limits on that.

[00:07:48] I believe we need, like I said, increased transparency to reduce the influence of dark money by requiring robust disclosure of who is funding these efforts

[00:07:57] And I believe we need also to add to this mix: small-donor financing, and we’re seeing in the city of Portland, we need to be able to have small-donor financing for statewide races and legislative races that can be matched so we can multiply the impact of these small donors. Because you do need to be able to communicate with voters as a candidate. And how do you do that in a fair and equitable fashion has to be part of this reform.

[00:08:22] Nathalie Paravicini: Yes, and I wanted to add that it’s extremely important to open the debate and to have more political debate. The rates of literacy in the United States are pretty staggering: 54% of the population in the United States is marginally or functionally illiterate, so they’re getting all of their information from three-minute, two-minute ads, and that’s not enough to really understand complex issues like what we’re facing now.

[00:08:47] Having campaign finance limits, real debates, and a shift in the way that elections are done, for example, particularly with ranked choice voting, so that we can have more alternatives and more discussion about how we’re going to change the world. We are facing an incredible crisis.

[00:09:11] Julia Shumway (Oregon Capital Chronicle): As you saw last week, a Republican National Committeewoman filed a complaint against Tina over the circumstances under which you dropped out of the race, Nathalie. I was hoping, Nathalie, that you could clear this up. Did Speaker Kotek make any promises to you that caused you to leave the race and do you think that was a bribe or inducement as Republicans are claiming?

[00:09:32] Nathalie Paravicini: I withdrew for personal reasons and the fact that we had a conversation allowed for an elegant way out, that I was already envisioning. And really, this question is gaslighting. Let’s talk about undue influence. What about the undue influence of money in politics? That’s the real question, and I would like to know what is Drazan’s position on campaign limits and full disclosure and public financing of campaigns?

[00:10:28] John Q: Those personal reasons are visible in a public document on the state’s website. A state medical board unanimously voted to discipline Nathalie on June 13, nine days after she was nominated by the Green Party. She remained silent for three months, then arranged the deal with the Kotek campaign, and dropped out less than an hour before the 5 p.m. deadline.

[00:10:49] Clearly, one person can make a difference. In the election for Oregon governor, we will soon know whether that one person was Phil Knight or Nathalie Paravicini. 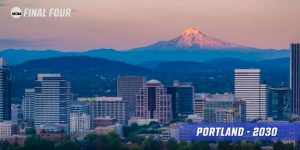 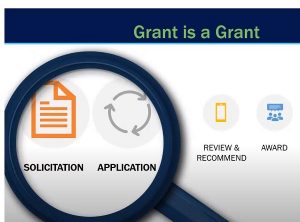