Ten candidates applied to succeed Ward 7 Councilor Claire Syrett, who was recalled from office in a special election Sept. 6.

The Eugene City Council plans to interview and appoint the interim councilor in December. The appointee will serve until the winner of the May 2023 election takes office in July 2023.

As part of the initial application process, candidates were asked to identify the top three issues facing the residents of Ward 7. Collectively, their top choices were as follows:

Here are the applicants’ individual responses to that question, in last-name order:

The following are all interrelated:

…What the citizens of Ward 7 think the most important issues are depends greatly on where they live. I saw and heard about yellow street lights instead of brighter white LEDs in the Whiteaker, potholes and Safe Sleep Sites in Trainsong, beautification and landscaping needed in Emerald Park off River Road, glass that cuts bike commuters’ tires on Irving Road, and missing stop and speed signs in Santa Clara. People expressed concerns about growth and its stress on our infrastructure and angst over annexation. Of course, issues of

were top-of-mind in most of the conversations I had. And I believe they are the overall three issues that will define our attention on council…

The three most important issues facing the residents of Ward 7 are affordable housing, family-centered services and policies, and the public domain (transit, walkability, green spaces).

The website Ward7NeighborsUnited.org is circulating a petition asking that the City Council: mail notice of the forthcoming appointment to all Ward 7 residents; share all communications regarding the appointment in a timely manner; base the appointment solely on who would best represent Ward 7; and give preference to comments and recommendations from Ward 7 residents.

The Eugene Tenants Alliance hosted a forum in which Ward 7 renters and attendees posed questions for the candidates. 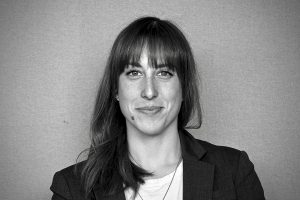